“Uf jer wełt” – “The next world”, the play prepared by “Wilamowianie” Association was presented to the audience gathered in Polish Theatre in Warsaw.On 28th of March, the second day of workshop “Developing practical skills for transforming documentation into multi-dimensional materials for transdisciplinary humanistic research”, participants, lecturers, invited guests were welcomed by the director of Polish Theatre, Andrzej Seweryn, mayor of Wilamowice, Marian Trela, and Justyna Olko, the Engaged Humanities project coordinator.
After the presentation of `“Wilamowice” Assemble and short recital of Kamila Majerska, who sang a few songs from hit lists translated to Wymysorys, young actors came to the stage with history of Florian Biesik and his poem.
The play was based on Biesik’s work enriched with scenes from the most important events of his life and story of discovering the manuscript of „Uf jer welt” in late 80’s of 20th century. Florian Biesik puts citizens of Wilamowice in Paradise, Purgatory and Hell, as Dante did with Florentines. What is interesting, several of actors have an opportunity to play their own ancestors – it was a chance to get to know family history better, to take interest in the history of Wilamowice as well.
The play was presented fully in Wymysorys, spectators were provided with Polish subtitles.
„Uf jer wełt” in Polish Theatre was a great success, all guests agreed, that it was a unique event. It is a good reason for „Wilamowianie” Association to work on another production in aim to show the uniqueness of Wilamowicean language and culture. 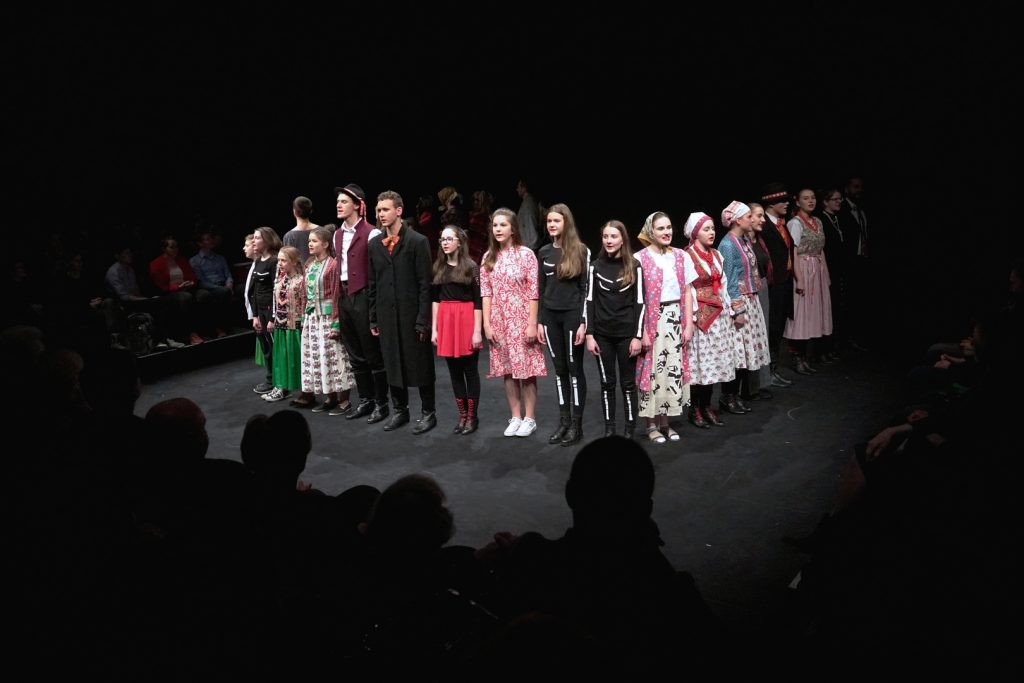